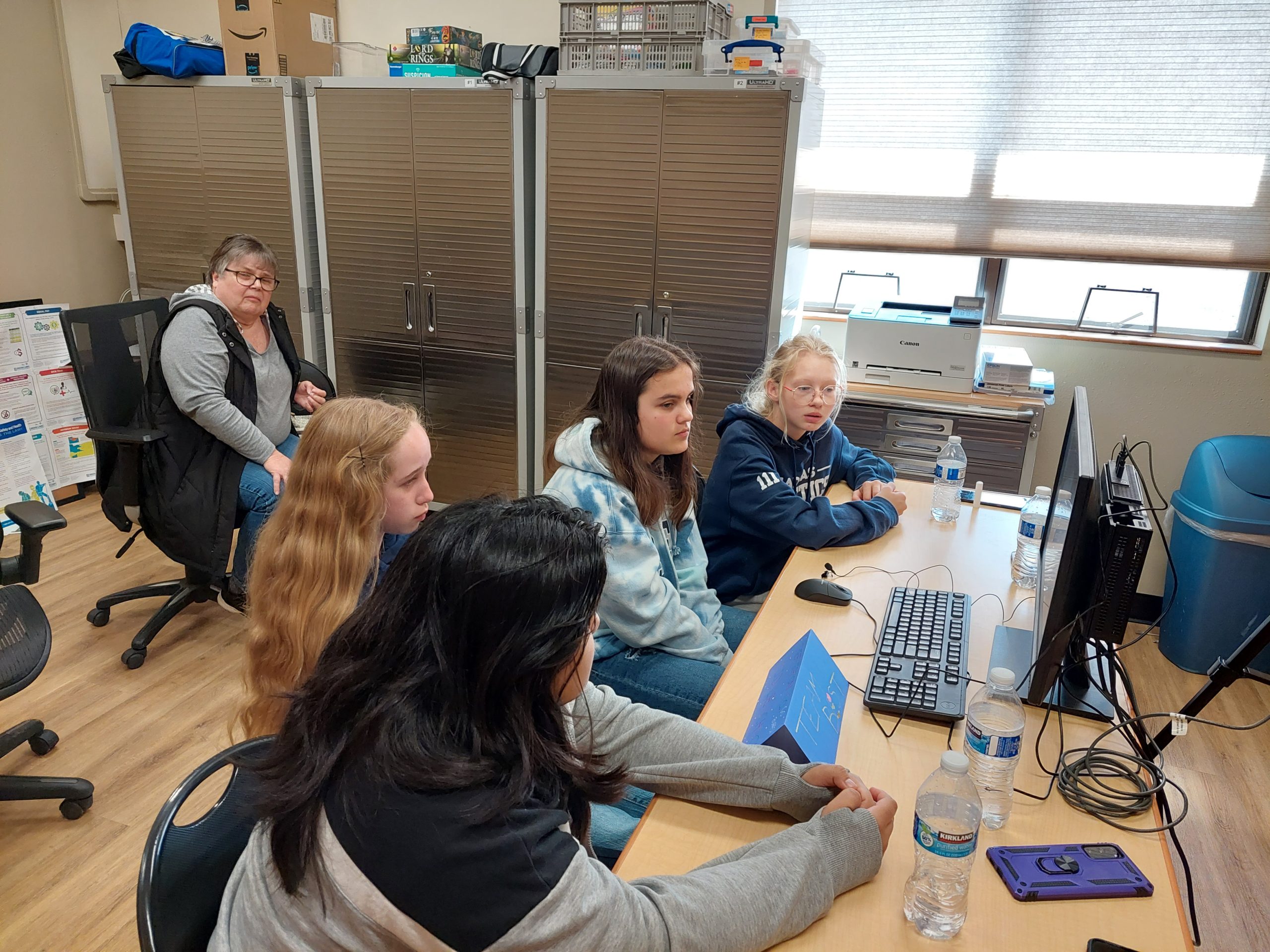 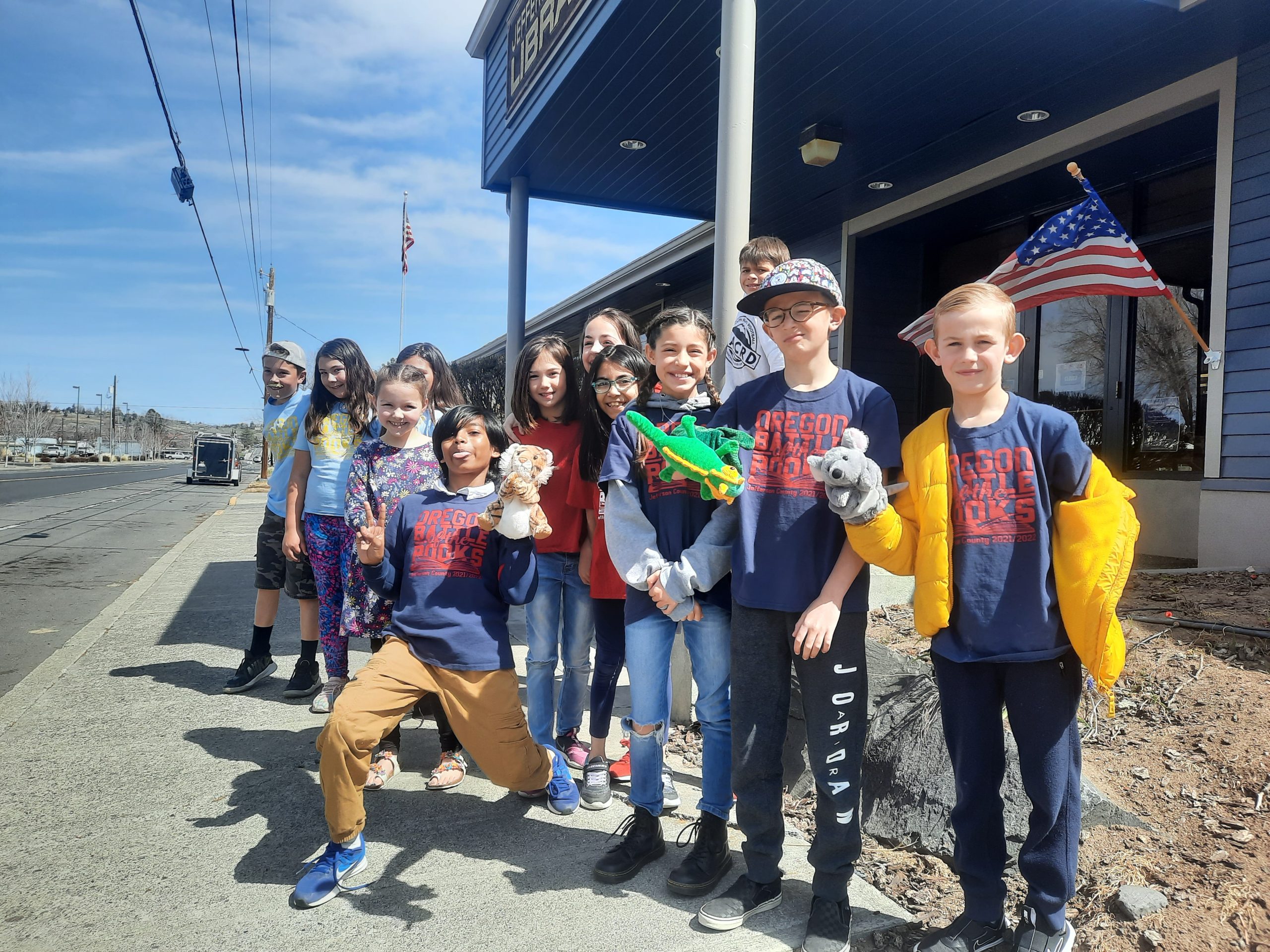 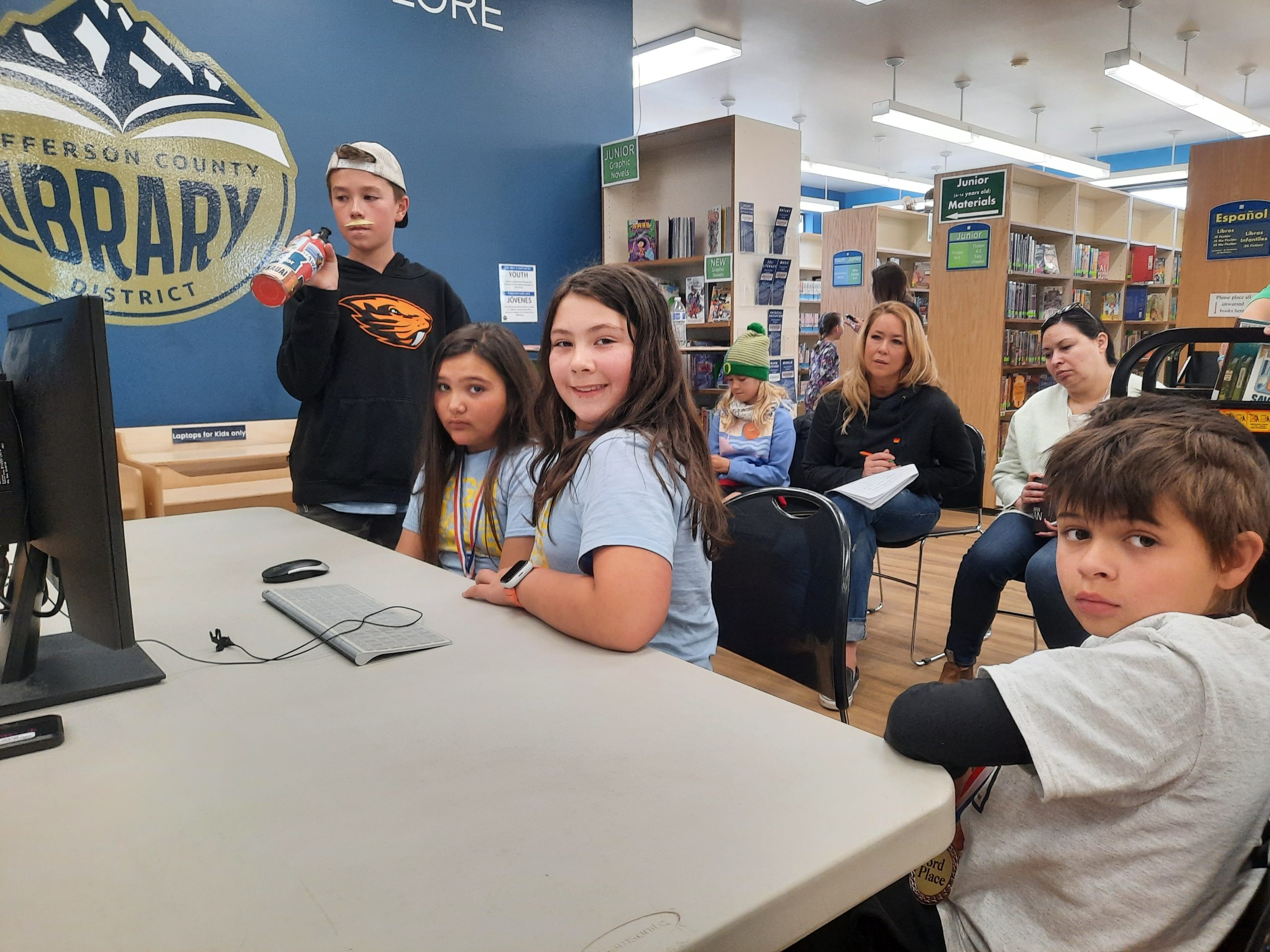 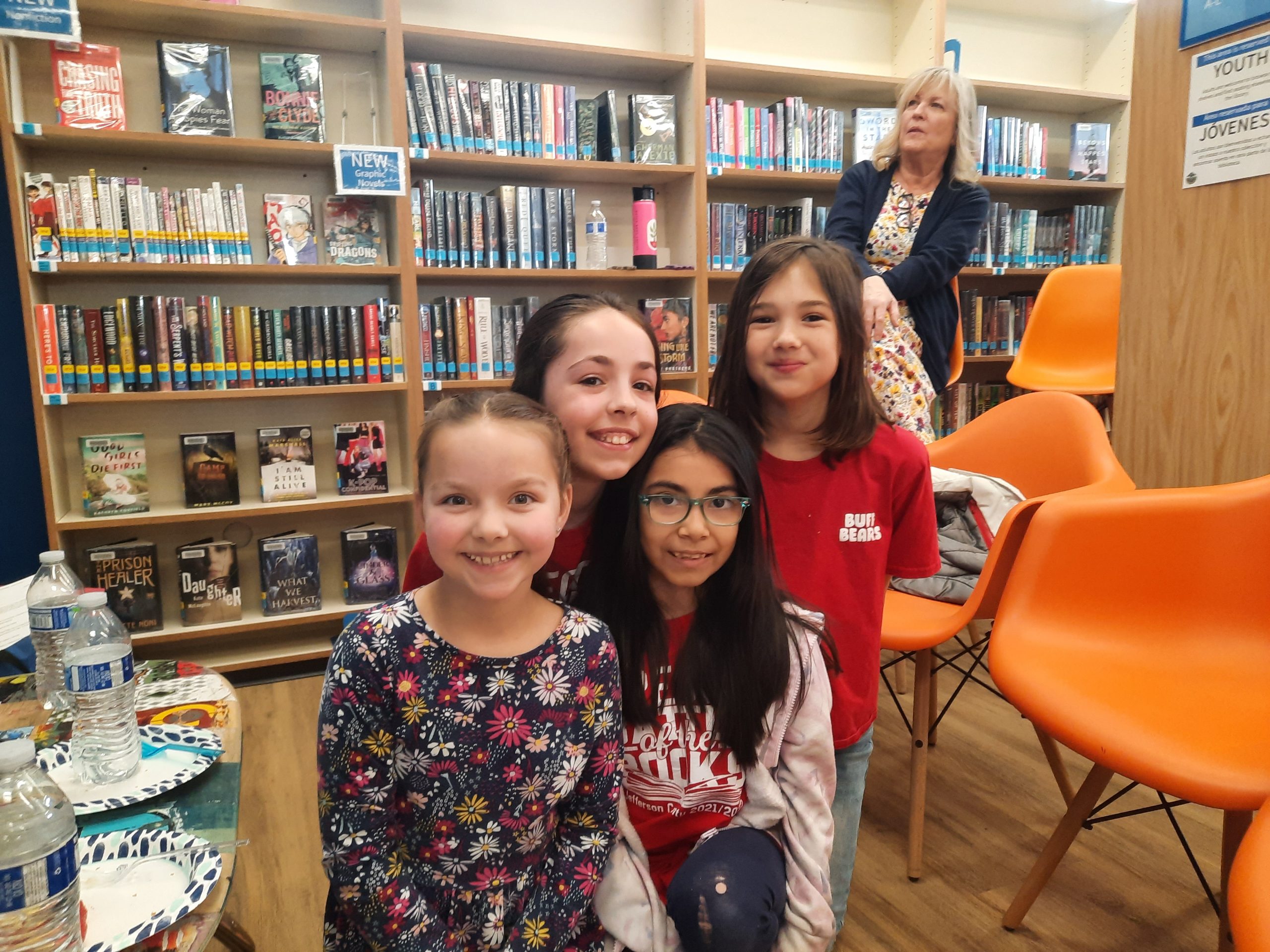 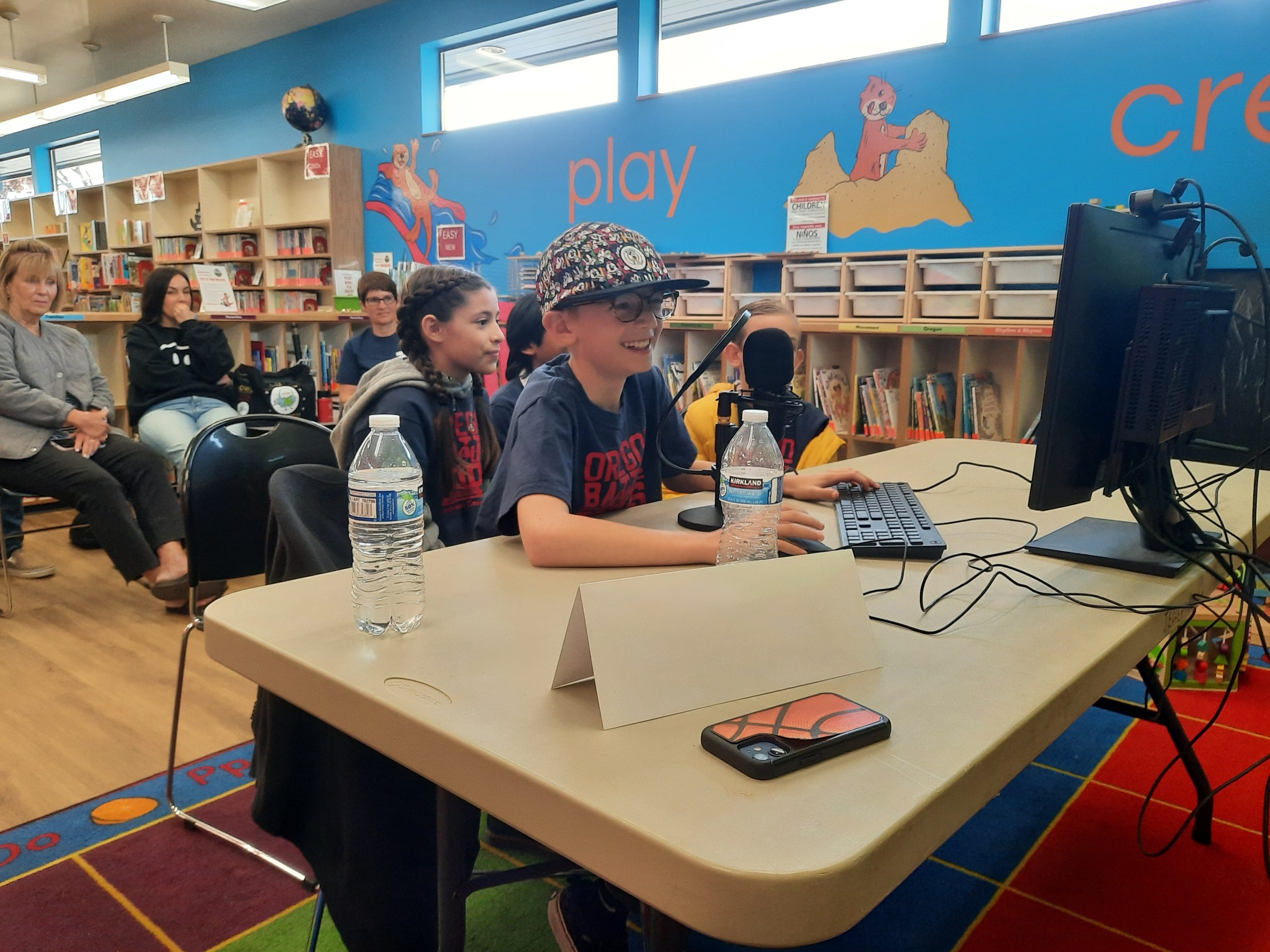 Students in the Jefferson County School District prepared for the Oregon Battle of the Books (OBOB) Regional Tournaments. This marks the first-time students from 509J participated in the tournament. The Jefferson County Library District (JCLD) hosted 509J elementary and middle school students who qualified.

Buff, Madras and Metolius Elementary Schools competed in the OBOB Region 7 Tournament against public, independent and private schools from Deschutes County. The 2022 Region 7 Tournament was exclusively online for the first time. There was no regional competition for the past two years due to the COVID-19 pandemic.

To participate in the regional tournament, teams had to win their school tournaments which were held in early March. Over the past 6 weeks, teams and coaches had been practicing and preparing for the big day. Rach team participated in four battles during round robin play. Teams who scored the most points or answered the most questions correctly during round robin play advanced to the Elite 8, or quarterfinals.

All three JCSD elementary teams battled extremely hard but fell just short of the Elite 8. At the same time Buff, Madras and Metolius were battling schools in Deschutes County, Jefferson County Middle School (JCMS) and the Warm Spring K-8 Academy were battle teams online throughout central and eastern Oregon with some schools located in Hermiston and Baker City. 2022 marked the first time that either JCMS or Warm Springs fielded teams in the OBOB middle years division, grades 6-8.

Similar to the elementary tournament, teams that represented JCMS and Warm Springs had to win their school tournaments in early March to participate in the central and eastern Oregon tournament. After round robin play was finished and the totals were revealed for the Elite 8, JCMS had finished just short of the cut while Warm Springs advanced to the Elite 8.

In the Elite 8, the eighth seeded Eagles tangled with the number one seeded South Wasco Middle School Redsides. The match was a back and forth affair with the Redsides icing the battle on the final set of questions, defeating the Eagles by 10 points, or the equivalent of two questions.  The Redsides would ultimately go onto win the tournament.

Warm Springs, fielding a team for the first time in school history, became the first school in JCSD history to advance to the Elite 8 in any division in a regional OBOB competition.

With teams battling online at the Jefferson County Library, students with their parents in attendance, were able to sign up for free JCLD Library Cards. This allows them access to print and online materials through the Jefferson, Crook and Deschutes County Libraries and for upcoming summer reading programs. Students and parents were also able to participate in the I Am A Story Project which is inviting people throughout Jefferson County to share their stories to educate, engage and explore recent and present issues that concern us today.

Books are already being ordered for OBOB 2023!