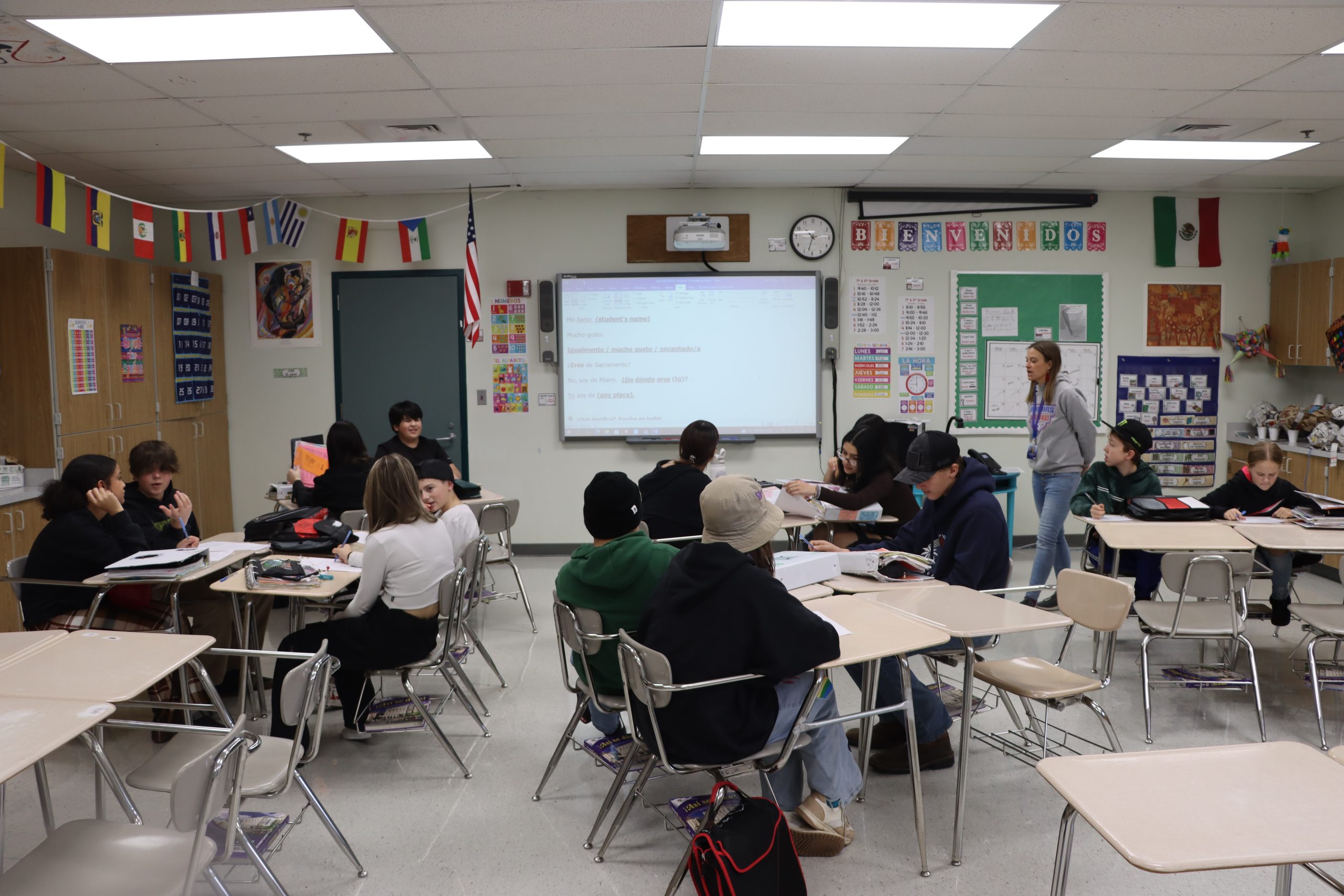 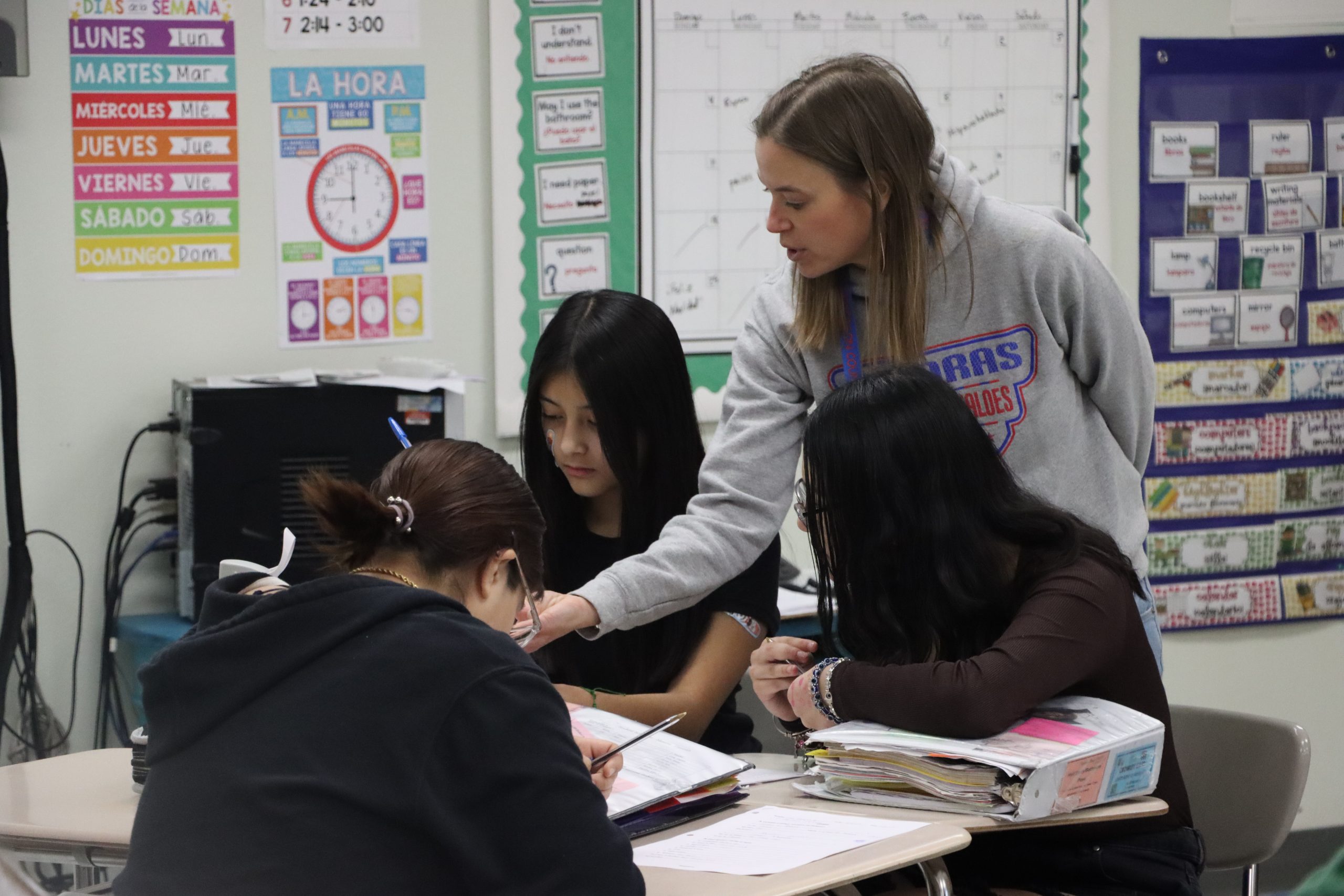 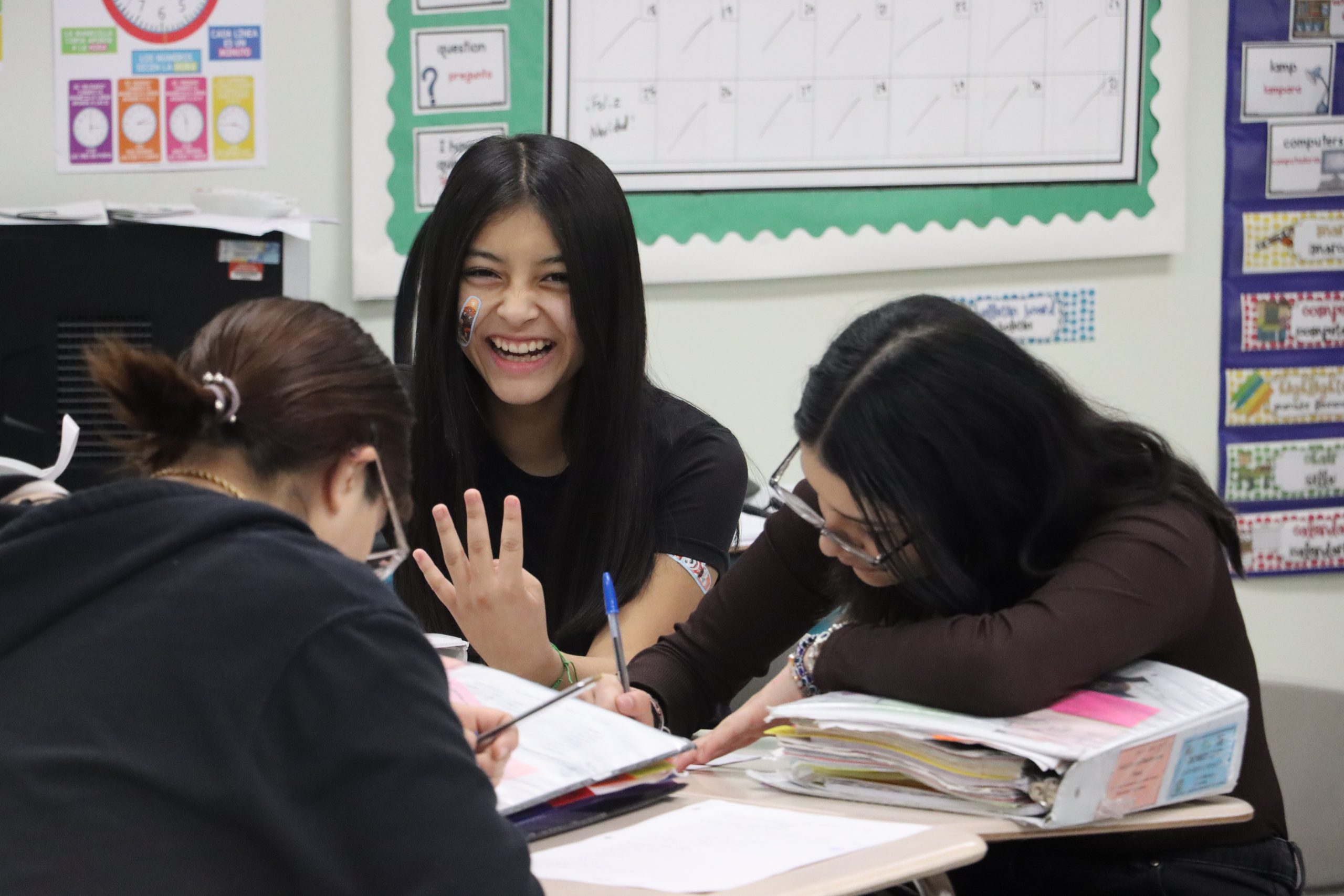 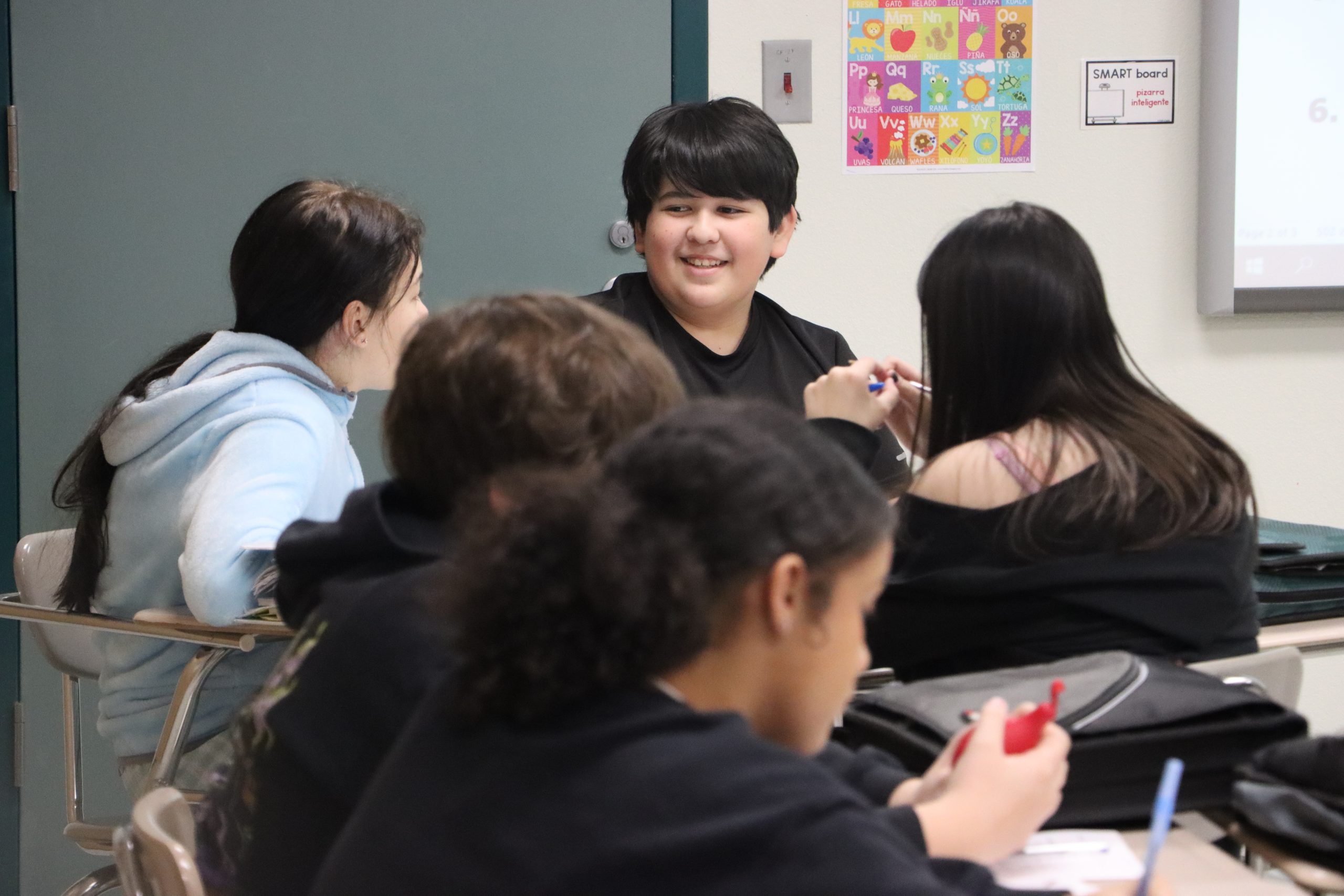 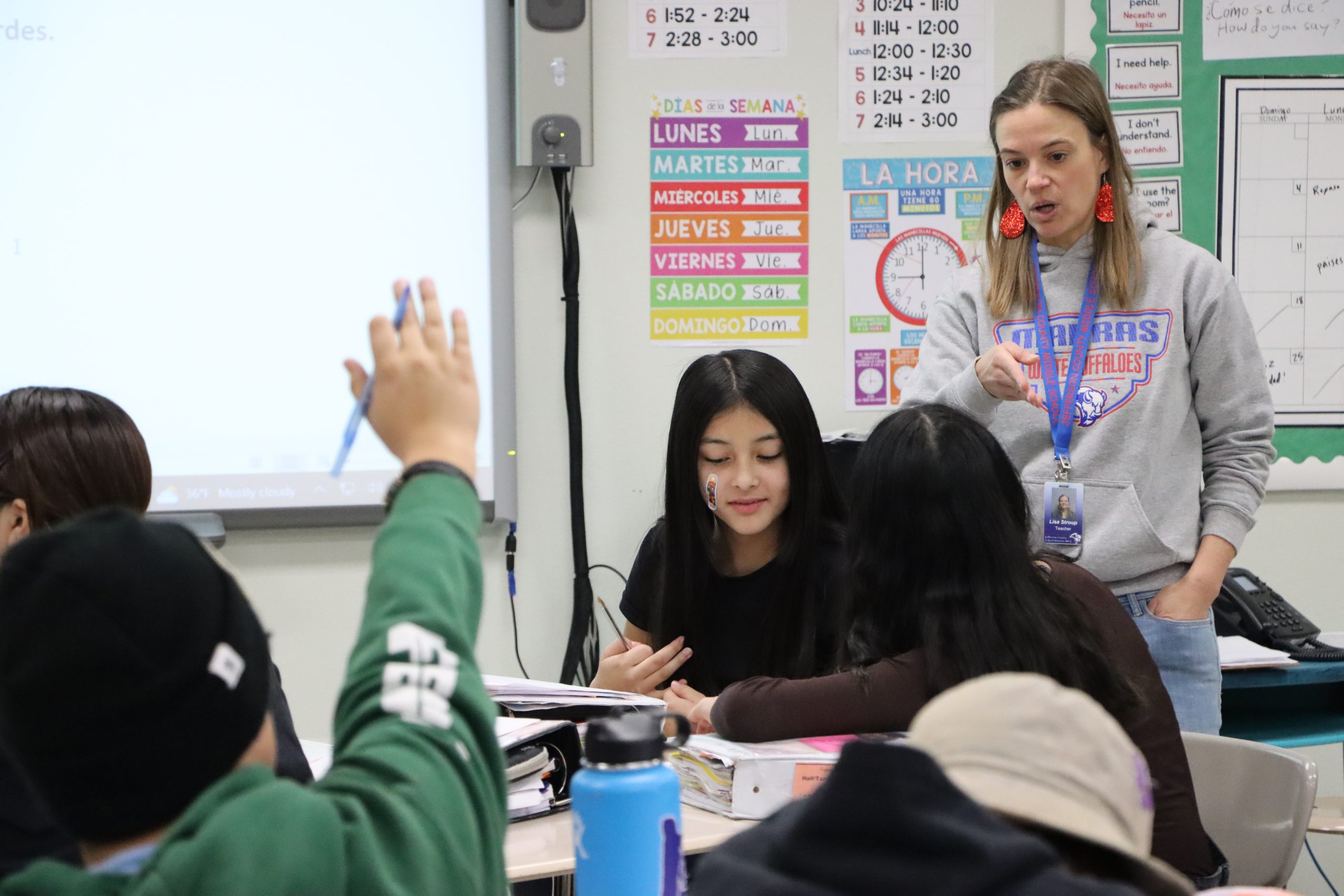 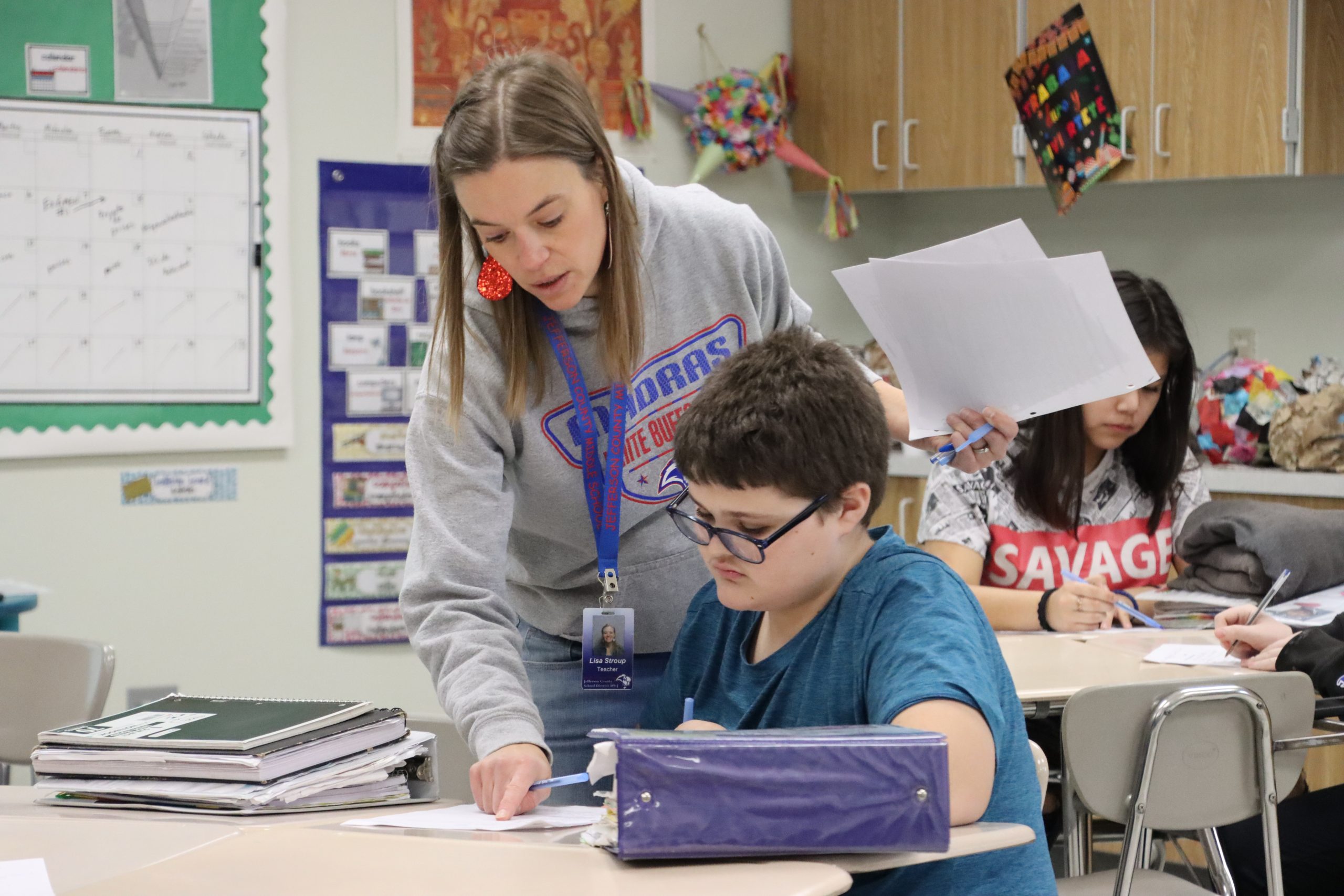 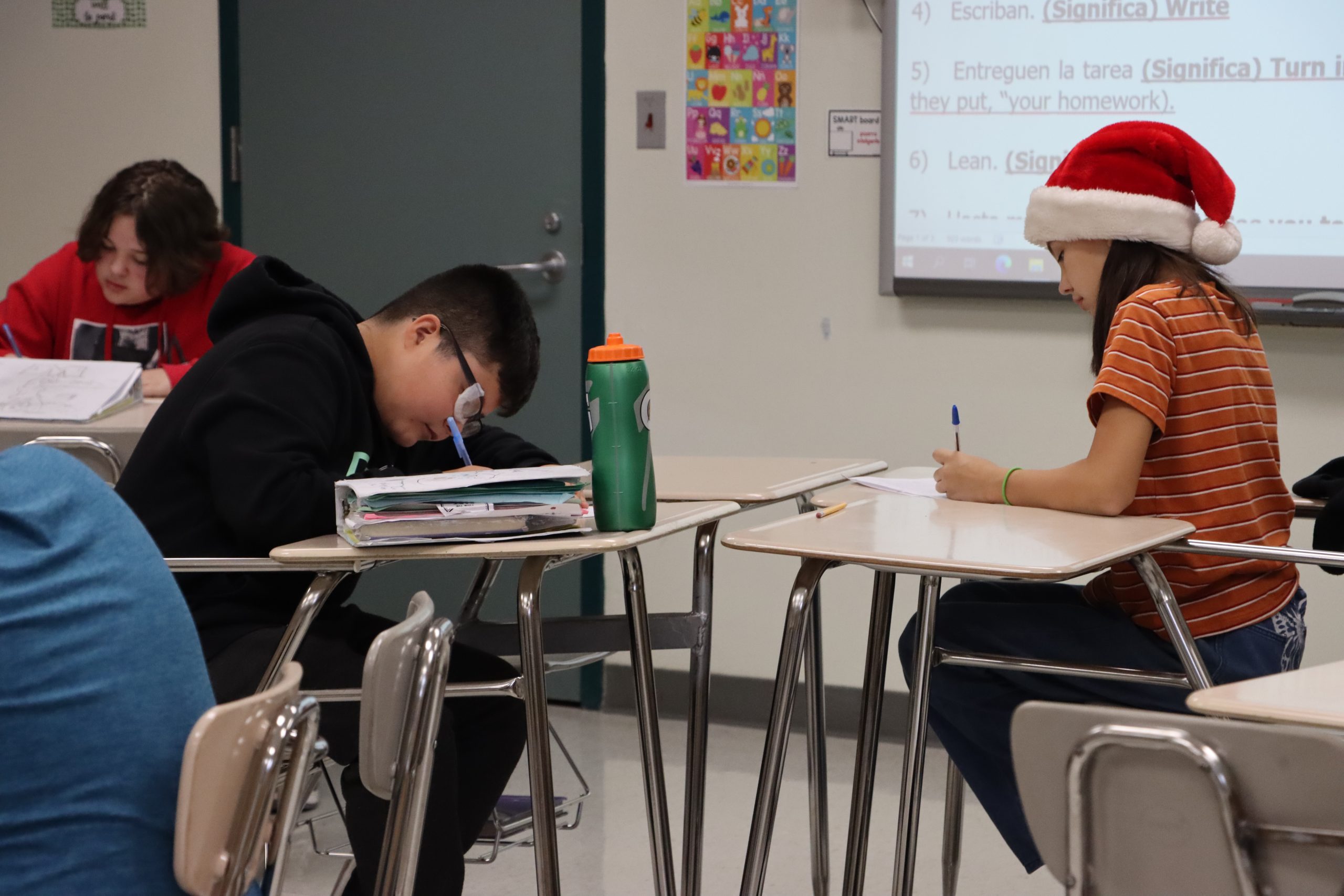 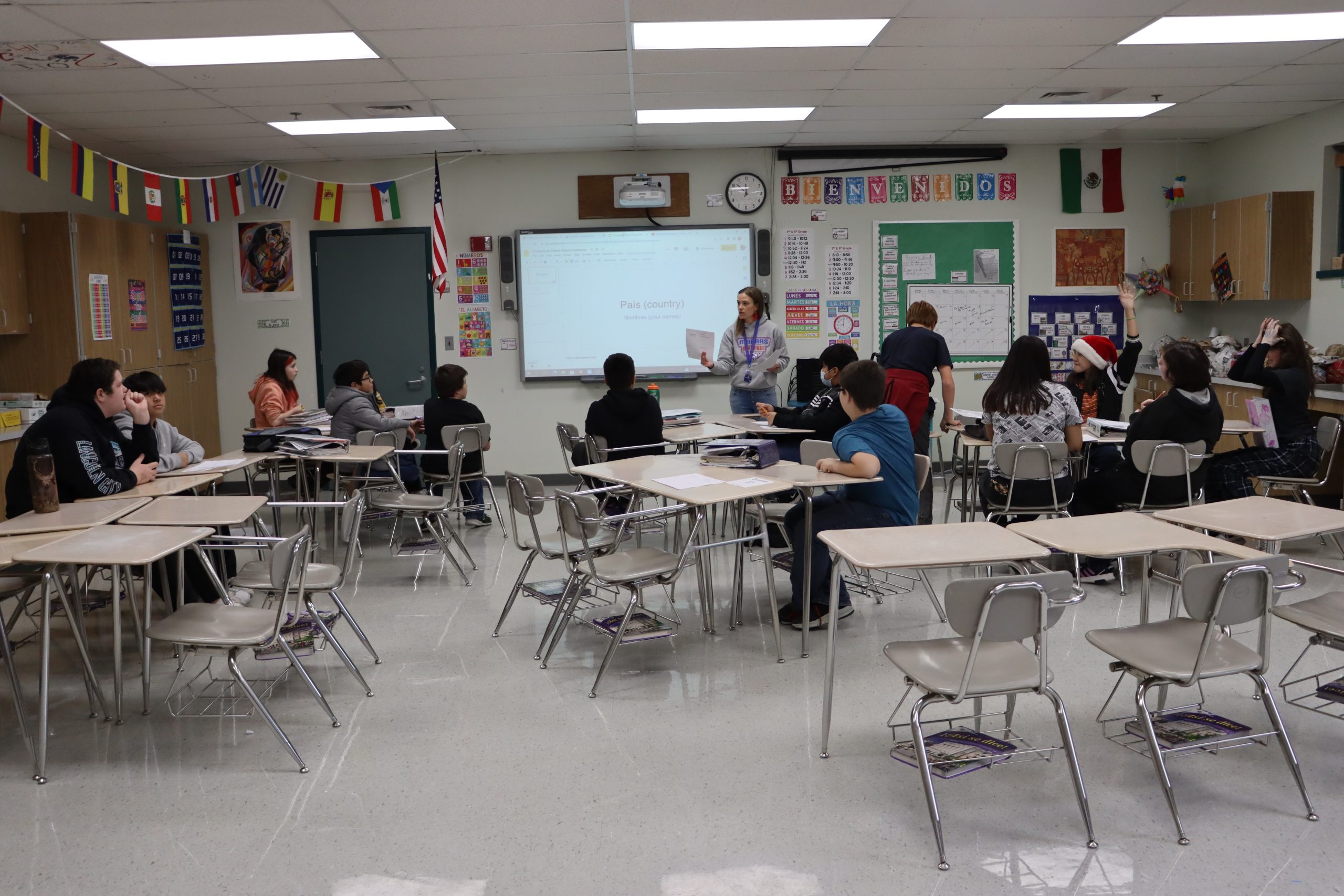 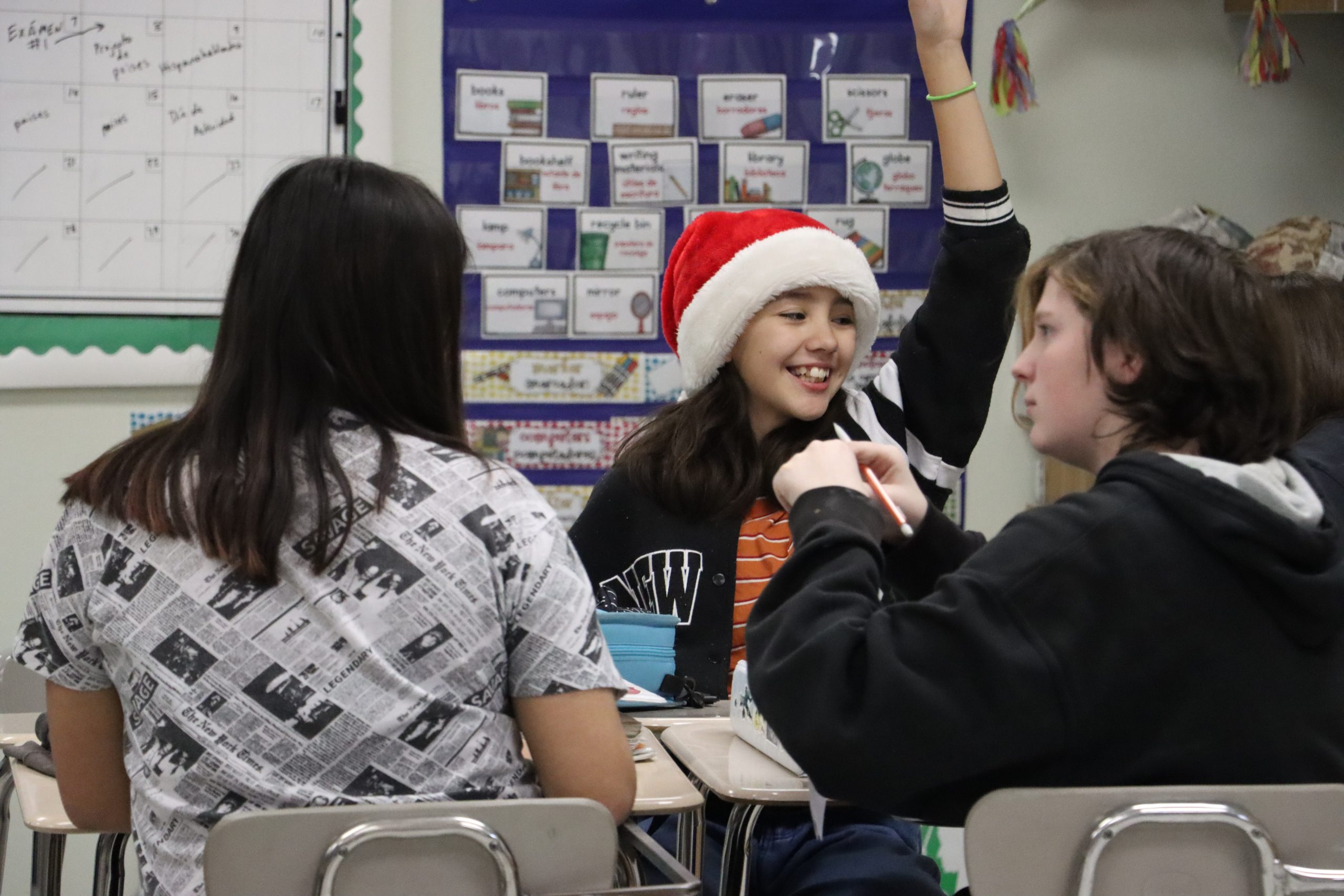 JCMS is now proudly offering students the opportunity to learn Spanish inside a classroom.

Starting in the 2nd quarter, seventh and eighth grade students could add Spanish to their schedule. The plan is for students to take the class the rest of the year. JCMS hired Lisa Stroup to teach three periods of Spanish to dozens of students. She is excited for the opportunity.

“Helping students see the possibilities for learning it,” Stroup said to what she is looking forward to the most in the class.

She has set goals for the students to achieve by the end of the school year. Those goals include being able to talk in the present tense, describing themselves, their family and friends, being able to talk about the clothes they are wearing, how to order food in a restaurant and more.

To help her students reach those goals, Stroup teaches the class in Spanish. Research has shown that a word becomes part of our working vocabulary only after someone has heard or seen it 72 times in context.

“The only way for them to hear the words a sufficient amount of times is if we speak Spanish in the classroom,” she said. “Any new language you learn, you’re going to have to study the vocabulary.”

The class has been a tough transition for some students, however, having Stroup as a teacher has helped students like Zoey.

“She’s easy to learn from because she helps you a lot,” she said. “She’s a really good teacher and she makes it easy.”

Zoey is in seventh grade and started taking the class because she thought it would be interesting to learn a new language. She had no experience speaking Spanish before the class but is working towards learning as much as she can before school gets out.

“I hope I can speak like a paragraph because I don’t really know that much about Spanish yet, but I hope I can learn more,” she said.

Another student, Gus, was also excited that JCMS started offering this class to students.

“I wanted to take Spanish because I wanted to go to Mexico,” he said. “The class is fun and the people are good.”

“They work with a partner and they’re going to learn about the country’s history, food, music, religion, language, festivals, what’s it known for, famous places,” she said.

All students are in an Intro to Spanish class this year, but Stroup is hoping to offer more advanced options as the years progress.

“We’re going to look at that next year and think about how much we can segue to the high school,” she said.

Stroup has been a long-time employee of the district in different roles. Those include starting out as a Language Arts teacher at JCMS. More recently, her work has included teaching various grades during JCSD 509J’s summer school program, creating curriculum for 3rd-5th grade Solar Eclipse units, District TAG instructor and after school instructor with the 21st Century program.

She started her teaching career as a student teacher at American International School in San Jose, Costa Rica. She lived with a Costa Rican family and taught 5th grade to a variety of international students from all backgrounds. Following her time there, Stroup taught at Logos Christian School in Santo Domingo, Dominican Republic. She was fully immersed in the Spanish language while working and living there.

Stroup is a mom of four kids in the district. All four attend Madras Elementary school.